Breakenridge: A toast to the privatization of liquor stores

This coming Labour Day long weekend — like so many of its predecessors — will no doubt see many Albertans partaking to various degrees in all sorts of assorted adult beverages. With it being Labour Day, the organized labour movement will no doubt be reflecting on its various victories and defeats and the overall state of affairs.

As such, it all makes September 2nd, 2013 all the more significant, as it marks 20 years since the government of Premier Ralph Klein announced that liquor retail in the province of Alberta would be privatized. Were it not for the number ‘20’, I suspect, the anniversary would probably go unnoticed.

Given how much as the status quo in Alberta is accepted and appreciated, it’s hard to remember how entrenched the previous government monopoly was and how bold and controversial it was for the government to dismantle it. Were it not for Ralph Klein and his cabinet pit bull Steve West, I think it’s reasonable to suggest that the monopoly would have more or less endured.

There are many controversial measures enacted by the Klein government that I suspect would be revisited if a more left-of-centre government were to be elected. The flat tax, for example, or certainly power deregulation. But I cannot for a moment fathom either the Liberals or the NDP making a move to abolish private liquor stores and resurrect the old government monopoly, for as much as their brethren in organized labour might welcome it.

Maybe that fact more than anything else represents a complete vindication for the government on this issue. Others might be inclined to judge the decision based on whether it has “worked”, which is certainly fair, but at the same time gives a benefit of the doubt to the government monopoly as if the existence of a private retail system needs to justify itself.

It’s not clear why the onus should rest thusly. Just as no one is making the case for a system of government run distribution and retail as it pertains to tobacco (although if we ever manage to rid ourselves of marijuana prohibition, I suspect we may be stuck with such a model in its place), it’s just as nonsensical to assume that such a system should be the default system for alcohol sales.

In any event, to judge whether privatization has “worked” involves a closer assessment of prices and product availability. Certainly with regard to the latter it’s been a runaway success. With the former, it’s been somewhat of a mixed bag. Average prices in Alberta aren’t much better — or even worse in many cases — than those in other provinces. However, it’s not hard to find sale prices or individual retail prices in Alberta far lower than the average or the listed price in other provinces.

No one would seriously argue that such a system for the sale of, say, coffee was in the best interest of consumers. Would any coffee drinker prefer the government have a monopoly on coffee sales at outlets that closed each day at 5 p.m. and closed entirely on Sundays? The point of having such a system for alcohol is to limit its availability and therefore its consumption.

Of course, such goals — if one believes government should pursue such goals — can be achieved under a private system. Governments can raise taxes and even mandate opening and closing hours (as we already do) for retailers. So clearly the demand for a government monopoly goes beyond mere social engineering — it’s about increasing the scope of government and increasing the ranks of the public sector. All told, it’s no wonder so few Albertans want to roll back the clock.

I think the government could have gone further than it did; for example, I see no reason why grocery and convenience stores cannot sell beer. But on the whole, Alberta’s privatized retail system is worth toasting. 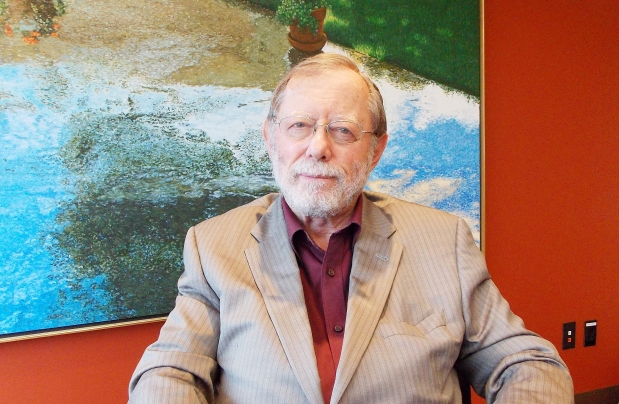 The government told Kipnes’s Delcon Development Group that it wasn’t expanding its Alberta Liquor Control Board stores but in May, it finally offered the company approval in principle to open a cold beer store, one of the only liquor retailing options for private industry available at the time under the government’s monopoly system.

By the time Kipnes was ready to start building the store, West announced he was privatizing liquor retailing.

“So we had a bit of a running start at what was happening in the industry,” said Kipnes, who now acts as director of the liquor retailer he co-founded.

That first Liquor Depot store opened in December 1993, along with a second store in Calgary. Over the next year, Liquor Depot opened eight stores in total.

“With the government exiting the liquor business, they created an opportunity for business by creating a vacuum and asking Albertans to go walk into the vacuum and fill the need. We were lucky to have a bit of a head start, but I always quip that in the first year we built eight stores, but in the second year we figured out how to run eight stores.”

Kipnes says Alberta did a “superb job” of turning over the liquor business to industry.

“It’s very civilized to get beer, wine and spirits today, where you’re not dealing with union shops that are open to eight o’clock and not open on Sunday — all of the things that go with government operations.”

Kipnes says the government ensured there was a level playing field for liquor retailers with no volume discounts and a government-controlled distribution network that charges standard postage-style rates.

Kipnes says his strategy for success was simple.

“Except for minor exceptions, the liquor business is a convenience business. It’s not so different than a 7-Eleven or a Mac’s store. You go where it’s convenient to get the wine or beer.”

But Liquor Stores is beginning to stray from the convenience-store model with its new-concept supersized Wine and Beyond destination stores opened last year in Windermere and Sherwood Park. Five times the size of standard Liquor Depot outlets and boasting about 10,000 different products, the big boxes are modelled after large-volume U.S. chains.

“The future growth of the company is going to be in more big boxes, I believe, because it’s a destination store and you can carry a lot of brands; and people are driven to the convenience of being able to go to one place to get multi-products.”

"We Put Every Bootlegger Out of Business" 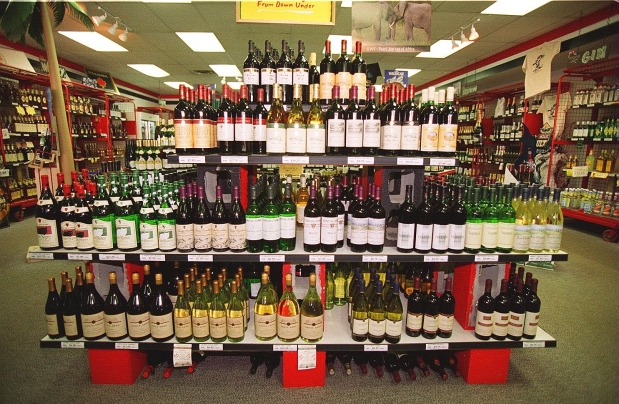 The poshest liquor store in Alberta opened in downtown Edmonton on this day.

It was an Alberta Liquor Control Board outlet, back when the province was still in the booze business.

The two-storey structure at 10232 106th St., which also had an office building component, cost $3.4 million to build and finish inside with such amenities as lush carpeting and rich wood surfaces inside the specialty section.

Consumers could buy items from as low as $4 to $4,000 for a 750-mL bottle of rare brandy called Hardy Perfection cognac.

A 14 C cellar held decades-old French vintages, including wines that cost more than $200, however most of the wines in the store were priced at less than $20 a bottle, with many selections in the $6 to $12 range. The large selection of rare wines was in response to a sharply rising demand for special orders.

Nine years later, in 1993, the government announced the privatization of liquor sales. On Sept. 4, the ALCB started to sell or close all of the 208 government-run liquor stores in the province.

The first private liquor retailers, licensed by the Alberta Gaming and Liquor Commission, opened in October.

To read more stories from the series This Day in Journal History, go to edmontonjournal.com/history.

Use Liquor Connect to search for stores and products